Mrs. Lazur began her teaching career in Hoboken, NJ.  In 2004, she joined the staff of Lloyd Road School in the Matawan Aberdeen Regional School District teaching in an LLD classroom. Over the next several years she worked with students in a resource room and in an in-class support setting. She joined the administrative staff in 2016 as the Assistant Director of Special Services. Shortly thereafter, the department assumed the preschool and Mrs. Lazur began her tenure as the preschool's administrator.

Mrs. Lazur has two of her own preschool-aged children at home who keep her active and on her toes!  She believes that every student should be pushed to reach his or her potential and strives to create a learning environment in which she imagines she'd be proud to have her own children. 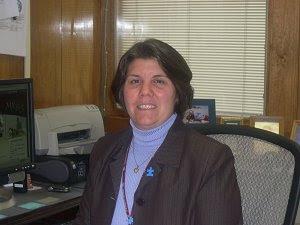 Mrs. Ruscavage came to the Matawan Aberdeen Regional School system in 2003 as an assistant principal at Matawan Aberdeen Middle School. In 2004 she was appointed as an assistant principal/Director of SPS at Matawan Regional High School. Mrs. Ruscavage served in this position until August of 2007 when she was appointed the acting principal of the high school. In May of 2008 Mrs. Ruscavage became principal of Matawan Regional High School, where she served for eleven years.  In 2018 she became the PreK-3 Early Childhood Administrator within the district.

Away from school, Mrs. Ruscavage enjoys spending time with her husband, Joe and her sixteen year old son, Michael. The Ruscavages are actively involved in Autism Speaks, POAC and the autism community as their son, Michael, has autism. The Ruscavages enjoy amusement parks, the beach, and all outdoor activities.